When Does Assault Become Domestic Violence Under Maryland Law? 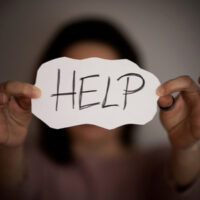 What are the Maryland Laws Governing Assault?

Maryland law provides two different versions of assault crimes — in the first and second degrees. While the two versions of this offense are substantially similar, there are subtle differences in the definitions and corresponding penalties.

Maryland Code, Criminal Law Section 3-203 makes it unlawful to commit any type of assault crime, including battery and assault by placing someone in fear of imminent bodily harm.  Any person who violates this section is guilty of misdemeanor assault in the second degree. Upon conviction, the offender can face a maximum sentence of 10 years in prison and $2,500 in fines.

That being said, there are special considerations for assault crimes committed against police officers. If a person intentionally and knowingly causes injury to a police officer or similar public safety official, it becomes felony assault in the second degree. Upon conviction, the offender can face a maximum sentence of 10 years in prison and $5,000 in fines.

Maryland Code, Criminal Law Section 3-202 makes it illegal to intentionally cause — or attempt to cause — serious harm to another person. This section also prohibits any person from committing assault with a firearm, including handguns, rifles, and shotguns.

Any person who violates Section 3-202 is guilty of felony assault in the first degree. Upon conviction, the offender can face a maximum sentence of 25 years in prison.

What are the Maryland Laws Governing Domestic Violence?

The definition of domestic violence appears under Maryland Code of Family Law Section 4-501. There are two components to this offense under state law. First, domestic violence requires proof of abuse, which includes assault, rape, stalking, and other acts that cause harm or fear of harm.

Assuming that an act of abuse occurred — plus the victim and abuser have one of the relationships above — then it qualifies as domestic violence under Maryland law. That being said, Maryland does not recognize a separate criminal offense of domestic violence. Instead, the underlying offense, such as assault, dictates the punishment. In other words, domestic violence based on assault would be charged and punished in the same way as a regular assault crime.

In addition, if the relationship between the victim of an alleged assault and the perpetrator fits the definition of domestic violence, then the Maryland courts may grant additional relief, such as a protective order.

If you have legal questions about assault or domestic violence under Maryland law, it can be extremely constructive to reach out to a knowledgeable Bel Air domestic violence attorney. Based in Bel Air, Maryland, the attorneys at Schlaich & Thompson, Chartered have more than 60 years of combined legal experience in family and criminal law, including domestic violence cases. If you need legal help, contact us today for an initial consultation.