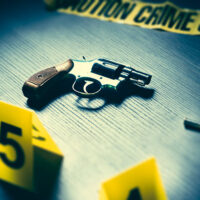 The Second Amendment to the U.S. Constitution grants the right to bear arms. But the Maryland Criminal Code imposes certain restrictions on that constitutional right, including laws against carrying or transporting handguns in specific situations. Any person who violates these laws can face severe criminal penalties under Maryland law.

The definition of a handgun appears at Maryland Code of Criminal Law Section 4-201. Under this section, the term “handgun” refers to:

Under Section 4-201, the term handgun does not include:

In this context, the term “antique firearm” refers to:

The laws against carrying or transporting a handgun appear at Maryland Code of Criminal Law Section 4-203. This section makes it illegal to openly or in a concealed fashion:

In addition, Section 4-203 makes it unlawful to violate the rules above:

That being said, Section 4-203 establishes numerous exceptions to the handgun regulations above, including but not limited to:

If you are facing criminal charges, don’t hesitate to reach out to a skilled Bel Air gun crime attorney. Contact us today at Schlaich & Thompson, Chartered for help with your case.