How Does Noah’s Law Impact Drunk Drivers in Maryland? 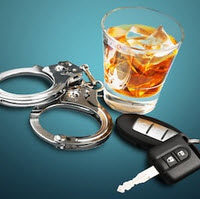 In Spring 2016, the State of Maryland introduced Noah’s Law to help combat driving under the influence (DUI) of alcohol or drugs. This law came into being after a drunk driver collided with and subsequently killed a Maryland police officer.

Recognizing the terrible cost of this type of incident, Maryland instituted Noah’s Law in October, 2016 to increase certain penalties for driving while under the influence or impaired. Noah’s Law also requires drunk drivers to use ignition interlock devices, which tests the driver for consumption of alcohol before allowing the vehicle to start.

When Does Noah’s Law Require an Ignition Interlock Device?

When a driver is convicted for any of the offenses listed in the previous section, Noah’s Law requires the installation of an ignition interlock device. But the period of time for which the driver must use these devices changes based on the number of previous offenses. For example:

What Type of Administrative Sanctions Does Noah’s Law Impose?

If a person commits DUI/DWI with a blood-alcohol concentration (BAC) between 0.08 and 0.14, Noah’s Law requires a 180-day period of driver’s license suspension. This suspension period applies to the first, second, or subsequent offense.

If a person commits DUI/DWI with a BAC of 0.15 or more, Noah’s Law requires a 180-day period of driver’s license for the first offense. For a second or subsequent offense, the suspension period jumps to 270 days.

If a person refuses to submit to a chemical test of their blood or breath, Noah’s Law requires a 270-day period of driver’s license for the first offense. For a second or subsequent offense, the suspension period jumps to two years.

If you have legal questions about DUI, DWI, or other criminal offenses in Maryland, it can be tremendously productive to contact a proficient criminal defense attorney. The Bel Air DUI and traffic violation attorneys at Schlaich & Thompson, Chartered have more than 60 years of combined legal experience in criminal and family law, including DUI, DWI, and other traffic offenses. If you need legal help, contact us today for an initial consultation.