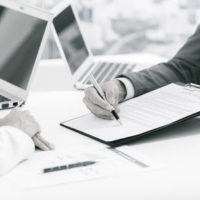 Many spouses work through countless issues without resorting to divorce. But in certain cases, it may be in the best interest of both spouses to end the marriage. In those situations, it can be beneficial for the spouses to pursue a marital separation agreement.

What is a Marital Separation Agreement in Maryland?

A marital separation agreement in Maryland is a formal contract between spouses. This contract outlines key considerations that will allow the spouses to live apart, including:

What Happens if One Spouse Disregards a Marital Separation Agreement?

If you are entrenched in a marital separation agreement, child custody dispute or other facets of family law, don’t hesitate to contact a Maryland attorney for help. Reach out to Schlaich & Thompson, Chartered for the professional assistance that you need.