Is It A Gun Crime To Possess An Assault Weapon In Maryland? 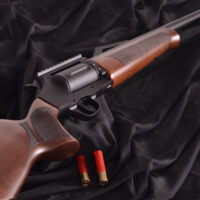 Within the arena of gun crimes in Maryland, there are special provisions in place to address assault weapons. From a general standpoint, assault weapons tend to have large magazines and the ability to fire quickly, whether in semiautomatic or automatic fashion. These weapons were likely designed for combat and, thus, are extremely deadly. As a result, Maryland has strict laws against and penalties for assault weapon crimes.

How Does Maryland Define Assault Weapons?

Maryland Code of Criminal Law Section 4-301 defines what qualifies as an assault weapon under state law. Under this section, the term assault weapon refers to any:

In that vein, Section 4-301 defines a copycat weapon as any:

What are the Maryland Laws Against Assault Weapons?

Maryland Code of Criminal Law Section 4-303 details the state laws against assault weapons. Outside of narrowly construed exceptions, Maryland prohibits any person from:

At a threshold level, it is a misdemeanor offense to violate Section 4-306 by transporting, possessing, or selling an assault weapon in Maryland. Upon conviction, the penalties can include imprisonment for 36 months and criminal fines up to $5,000.

If an assault weapon was used in a felony or a violent crime, however, there is a different penalty under Section 4-306. In these cases, the offense remains a misdemeanor. But the punishment increases in severity, as outlined below:

If you need legal assistance with charges for a gun crime in Maryland, reach out to our office. The Bel Air gun crimes lawyers at Schlaich & Thompson Chartered are prepared to help you today.