What is the Maryland Difference Between Rape in the First & Second Degrees? 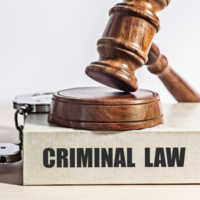 The State of Maryland prohibits a wide range of violent crimes, including rape in the first and second degrees. Given the severity of these sex crimes, the applicable criminal penalties are correspondingly harsh. Based on the circumstances of the offense, a rape offender can face life in prison in Maryland.

What are the Maryland Laws Against First-Degree Rape?

The state laws against rape in the first degree appear under Maryland Code of Criminal Law Section 3-303. There are two elements to this offense in Maryland. First, the perpetrator must engage in:

Second, the perpetrator must also:

How Does Maryland Punish First-Degree Rape?

Section 3-303 also establishes the Maryland punishment for rape in the first degree. Under this section, first-degree rape is typically punishable as a felony with the potential of a life sentence in prison.

That being said, repeat offenders have a slightly different punishment. Any person who commits first-degree rape a second or subsequent time can face life in prison without any chance of parole.

What are the Maryland Laws Against Second-Degree Rape?

The state laws against rape in the second degree appear under Maryland Code of Criminal Law Section 3-304. This section prohibits any person from engaging in vaginal intercourse with a victim:

How Does Maryland Punish Second-Degree Rape?

Section 3-303 also establishes the Maryland punishment for rape in the second degree. Under this section, second-degree rape is typically punishable as a felony with a potential maximum sentence of 20 years in prison.

On the other hand, rape in the second degree can carry a more severe punishment. If the perpetrator is at least 18 years old — and the victim is under the age of 13 years old — then second-degree rape is punishable by a prison sentence of 15 years to life.

If you have legal questions about violent crimes under Maryland law, such as rape in the first or second degree, it can be incredibly valuable to contact a skilled criminal defense attorney. The Bel Air criminal attorneys at Schlaich & Thompson, Chartered can help you prepare a solid defense. Contact us today for help.