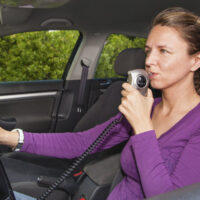 Maryland law prohibits any person from driving under the influence (DUI) of alcohol, drugs, or a combination of substances. Any person who commits DUI in Maryland can face serious consequences — up to and including confinement and fines. In addition to these criminal penalties, DUI offenders in Maryland can also face the requirement of installing an ignition interlock system.

What is an Ignition Interlock System?

Maryland Code of Transportation Section 21-902.2 defines the term “ignition interlock system.” Under this section, this term refers to a device that:

When Can the Courts Require Ignition Interlock Systems?

Section 21-902.2 establishes when the Maryland courts may require the installation of an ignition interlock system. The state courts have this authority when a person is:

Is there a Penalty for Violating Ignition Interlock Requirements?

Any person who violates the requirements above is guilty of a criminal offense under Maryland law. If convicted, the punishment can include imprisonment for two months and criminal fines up to $500, either or both.

If you have legal questions about DUI or ignition interlock systems in Maryland, contact the Bel Air DUI & traffic violations attorneys at Schlaich & Thompson, Chartered. We can assist you throughout each step of your case.